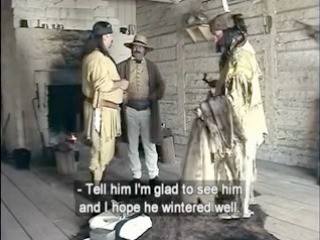 A narrated re-enactment of a trade negotiation between a Fort Union Trader, a Native American Chief, and a translator. The negotiation ceremony is enacted and described in some detail.