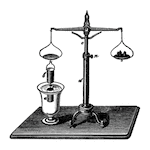 This collection ranges from 20th century geology texts to ancient descriptions of physics.

Physics is one of Aristotle's major works. A collection of lessons, the book covers theoretical, methodological, and philosophical issues of the ideas of motion and change in nature.

On Vaccination Against Smallpox (1798)

On Vaccination Against Smallpox is Edward Jenner's publication of his research into creating the smallpox vaccine. When in 1788 a smallpox outbreak hit Gloucestershire, Jenner noticed that people who worked with cattle and had caught the mild disease cowpox, which was not fatal, then never came down with smallpox. He found ways to test his observation, and in 1796 his experiments showed that giving a small dose of cowpox to a person gave that person immunity to smallpox. Despite much initial disbelief by his peers, the smallpox vaccine became one of the most significant scientific breakthroughs.

How Sammy Went to Coral-Land is a children’s short story about a salmon named Sammy who has grand adventures when he swims to Coral-Land alone. The story deals with bravery, danger, and finding out what you want is right in front of you.

This is a collection of general interest publications from the U.S. Geological Survey on rocks, fossils, and other geology topics.

from The Works of Edgar Allan Poe

The speaker questions science and what she takes away from others by her “dull realities.”