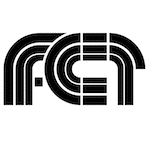 FCIT has compiled several collections of short stories, traditional tales, and poetry for the Lit2Go library.

Established in 1982, the Florida Center for Instructional Technology (FCIT) has been a leader in working with educators to integrate technology into the curriculum. With its location in the College of Education at the University of South Florida, Tampa, FCIT is available to assist over 1,200 pre-service teachers who graduate from USF each year as well as thousands of in-service teachers in Florida. With funding from the Florida Department of Education, Office of Technology Learning & Innovation, FCIT provides many instructional resources for Florida's teachers and students.

In collaboration with the Office of Technology Learning & Innovation, FCIT provides the services of Senior Training Specialists to assist schools and districts with technology integration. They also participate in the development of the Educational Technology Clearinghouse. Through the Master Digital Educator program, FCIT is able to deliver high-quality technology integration training to all regions of the state.

American Short Fiction (2012)
This collection includes fine short stories from American authors including Nathaniel Hawthorne, Washington Irving, and Constance Fenimore Woolson.
Civil Rights and Conflict in the United States: Selected Speeches (2012)
This collection includes notable speeches from U.S. history concerning slavery, women's rights, racial equality, conflicts with Native Americans, and capital punishment.
Counting and Math Rhymes (2012)
Counting games are common among children in many cultures. This book collects many traditional counting rhymes and other verses that relate to basic numeracy.
Dickens' Christmas Stories (2012)
This book collects five short works by Charles Dickens. Although the stories were not necessarily based on a Christmas theme, Dickens' annual Christmas stories had become a national institution since his publication of A Christmas Carol in 1843. The last two passages are a part of the 1859 Christmas publication The Haunted House co-authored by Dickens and five other authors.
Explorers (2012)
The explorers of the 15th and 16th centuries changed the way people of their times perceived and interacted with their worlds.
Fairy Tales and Other Traditional Stories (2012)
This compilation includes well-known classics, such as "Sleeping Beauty", "The Three Bears", and "The Ugly Duckling", along with many lesser-known stories. This collection includes stories from a variety of cultural traditions.
Florida: Essays and Poems (2012)
This collection brings together several pieces from the late 1800s and early 1900s about life in Florida.
Geology Anthology (2012)
This is a collection of general interest publications from the U.S. Geological Survey on rocks, fossils, and other geology topics.
Historic American Documents (2012)
The history of the United States can be traced through the significant documents that have guided and inspired generations of Americans.
A Lincoln Anthology (2012)
Abraham Lincoln lived and served during a time of conflict and change. This collection brings together a few interesting depictions of the sixteenth president of the United States as a leader and a person.
Nursery Rhymes and Traditional Poems (2012)
This collection of children's verses includes classics such as "Hickory Dickory Dock", "Jack and Jill", "Simple Simon", "The Old Woman in the Shoe", "Little Bo-Peep", and many more.
Presidential Addresses and Messages (2012)
This book brings together the annual messages to Congress of several U.S. presidents as well as inaugural and farewell addresses.
Selected American and British Poems (2012)
Spanning the Atlantic, this collection brings together classic poetry from two traditions.
Stories from Around the World (2012)
Traditional tales often take on a life of their own, traveling the world and finding new interpretations within the cultures they encounter. This collection brings together several stories from different traditions.